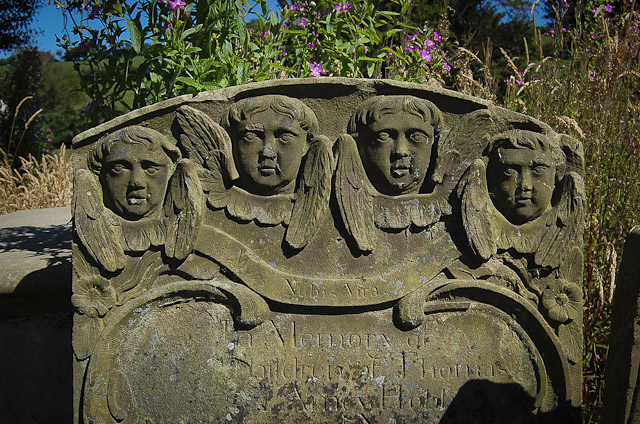 The other day I stopped off at Littledean churchyard on the way back from somewhere else. My reason for stopping was quite simply that I was stuck behind a double-decker bus trundling along at 20 miles an hour and it was driving me bonkers, and as the church looked old and curious I thought it was worth pausing there rather than grinding my gearbox any further.

Littledean is an interesting place on many levels. It's an ancient crossing-over point where many old tracks meet. It sits on the cusp of the Forest of Dean but it overlooks the lush valley where the River Severn does a lurching loop in the shape (so some say) of a Celtic torc. Among its many curiosities are an 18th century prison housing, amongst other things, the world's largest collection of Quadrophenia memorabilia, and which was also the site of Gloucestershire's last witchcraft trial (as recently as 1906). The beautiful old house Littledean Hall traces its roots into Saxon and Celtic times and has enough hauntings to bliss out the most demanding paranormal investigator, and, of particular interest to my Sulis Manoeuvrings, it has in its grounds the remains of a Romano-Celtic temple sited over a spring and thought to have been dedicated to Sabrina, the goddess of the River Severn. So a return visit is in order, but in the mean time I want to focus on Littledean churchyard and its chubby-cheeked cherubs. 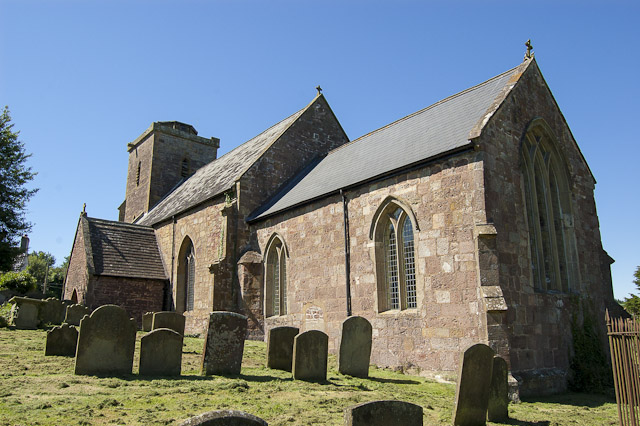 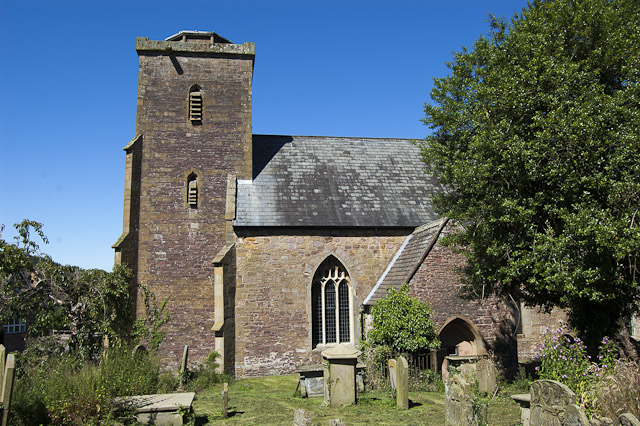 Littledean church is a funny looking thing, so you can see why it appealed to me. It originally had a spire but it fell down in a gale in 1894 and has been replaced by a little squat wooden structure on top of the tower. The church is essentially 14th century (parts of it are older) but has had a few alterations, and is dedicated to the Saxon saint St Ethelbert (that would most likely be the canonised King Æthelberht II of East Anglia, who was around in the 8th century AD).

As a lifelong lover of old gravestones, however, it was the abundance of quirky cherub-topped monuments which caught my attention here. The best ones mostly date from the 18th century and some may be the work of one local stonemason or a small group of different masons with similar tastes. They belong to a distinctive style of Forest of Dean headstone but I can only really let them speak for themselves. 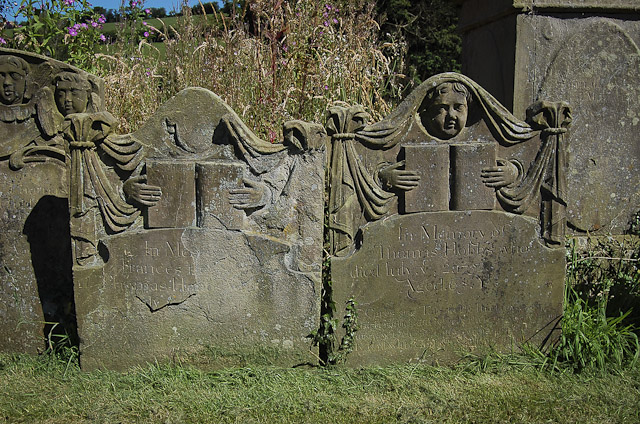 His 'n' hers matching gravestones in varying states of dilapidation. These belong to Thomas and Frances Hobbs and date from the 1750s. 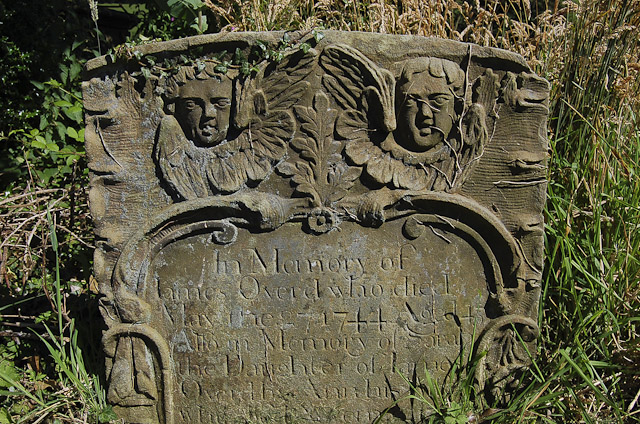 A lovely job from 1744 in memory of James Overd and his daughter Sarah. I like the way the relic of old ivy twig makes it look like the cherub on the right is sucking a straw. 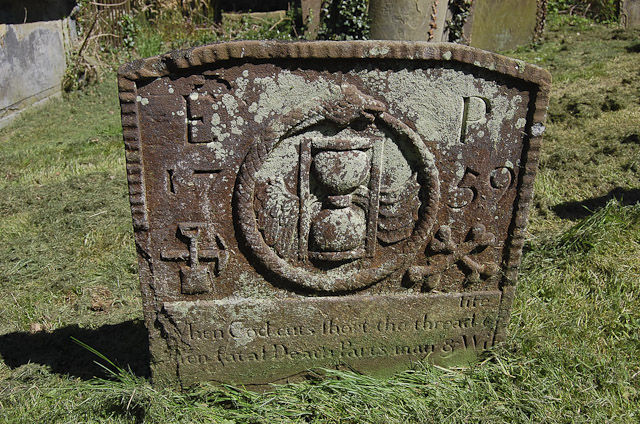 All right, there's no cherub on this one (grave of E. P. 1759) but it has lots of other interesting details. A winged hourglass symbolising the flight of time is encompassed by an ourobouros symbolising eternity, flanked on either side by deathly symbols of crossed bones and a pick and shovel. Underneath is the cheery slogan "When God cuts short the thread of life/Then fatal Death Parts man & Wife" 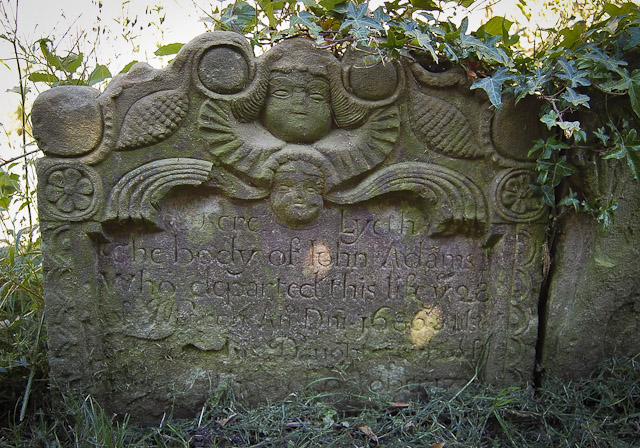 An earlier headstone dated 1686, and it's interesting to see the difference in design, both in terms of the stylised flowers and fruit and the cherubic hairdo. The inscription is damaged but commemorates John Adams and his daughter (her name is lost). 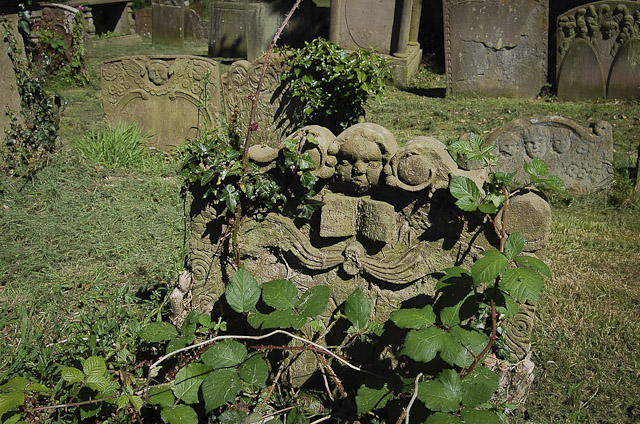 Another older one, by the look of it, with a decidedly ugly cherub. 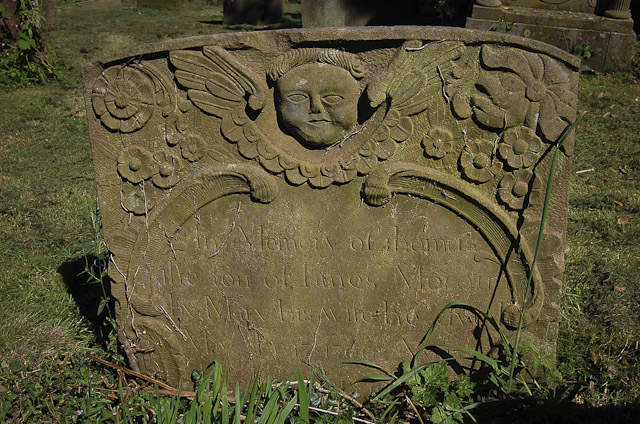 Not as ugly as this one though. Yipes! Grave of thomus, son of James and Mary Morgun [sic], dated 1700. 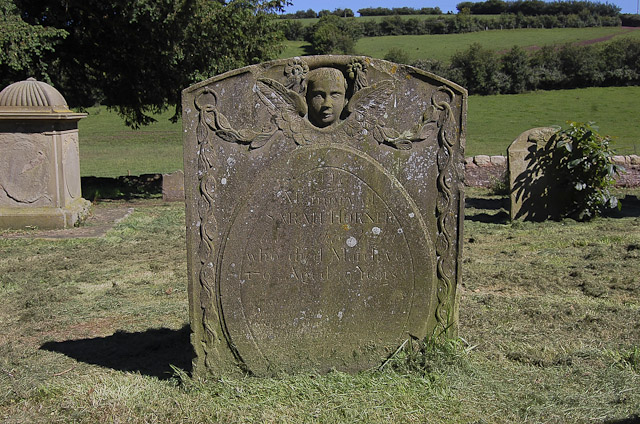 And over time the carving becomes more realistic. This stone for Sarah Horner who died in 1795 aged 59 has a cherub which gives the impression of being a likeness of a real person, with lovely leafy drapery issuing from the centres of two flowers at the top and passing through a pair of rings. 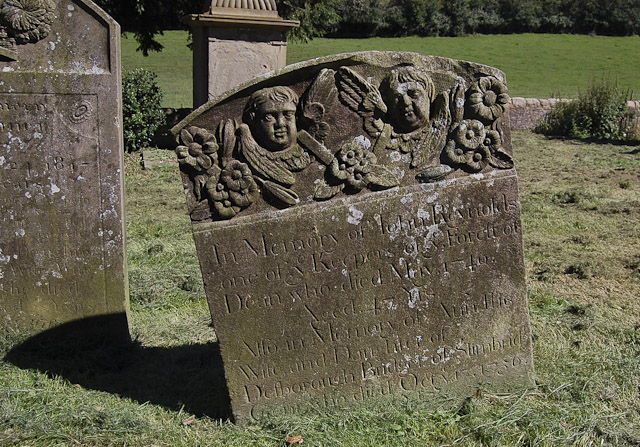 Succulent cherubs and blossoms on a tomb which commemorates "John Reynolds one of ye Keepers of ye Forest of Dean who died May 1740 Aged 47 Yrs" and Ann, his wife, who died in 1756. 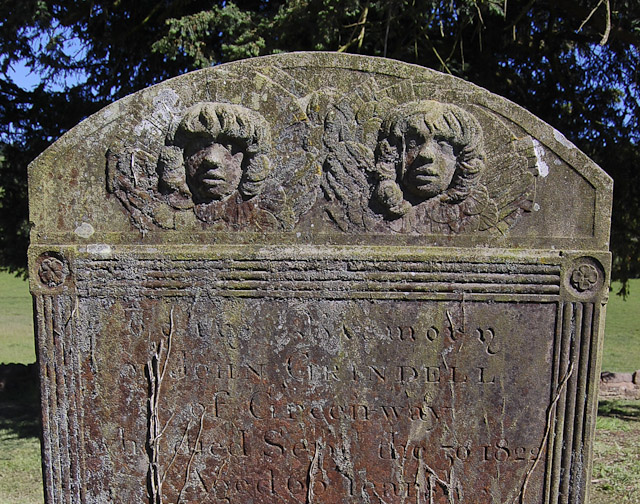 Moving forward to 1822, and on this headstone for John Grindell of Greenway we have cherubs straight out of a late 1960s rock band. 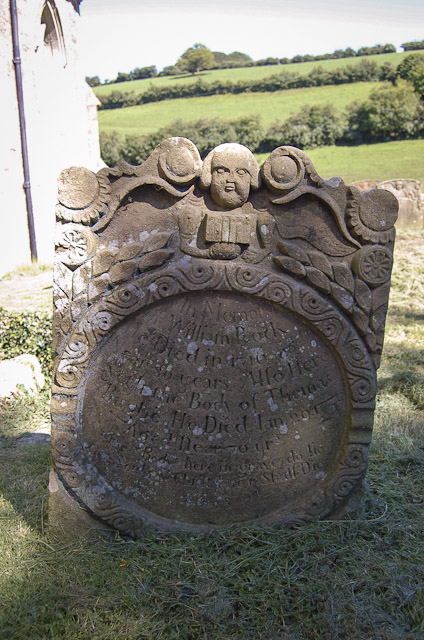 I'm rather fond of this one with its little fat-faced cherub holding a book in its spindly arms. It's in a different style from anything else in the churchyard and marks the grave of William Rock (died 1716) and Thomas Bugbe (died 1739). It's not clear what the connection is between them or why they were buried together. 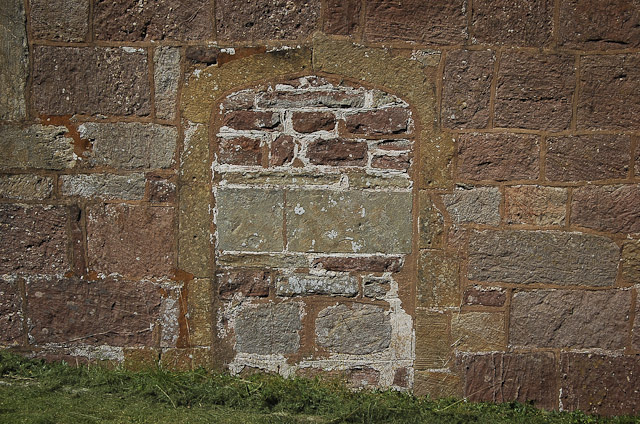 Beyond this, Littledean is a closed door which invites your curiosity but doesn't yield up its secrets lightly. Perhaps appropriately, I've never seen so many walled up doorways in one church - I counted at least three!
Posted by Rebsie Fairholm at 12:27 AM 5 comments: